I’m pleased to say that I’m now a very proud father following the birth of my beautiful daughter a couple of weeks ago. That doesn’t mean this blog will turn into a baby blog filled with cute baby pictures though. But here’s one, just this once: 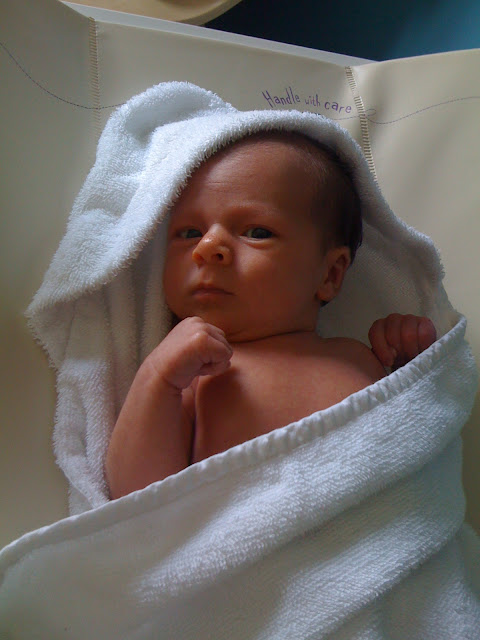 However, I thought it would be worth mentioning the books and apps that I found useful during the pregnancy and birth.

Many books written for fathers-to-be often assume that all men love watching football, drinking beer, playing football, going to the pub, and watching more football, and then break it to them gently about how they won’t have either the time or money to enjoy beer or football once the baby is born. Other than enjoying the occasional beer, that’s far from an accurate representation of me.

Fortunately, The Expectant Father: Facts, Tips, and Advice for Dads-to-be is perfect for new fathers that don’t match that “typical bloke” stereotype. It’s written by an American author, so a few sections aren’t relevant for readers in the U.K. – although when you read about how much it costs to give birth to a baby in an American hospital, it will make you incredibly grateful for the NHS – but the rest of the book is really useful and informative for fathers anywhere.

Broken down into sensible monthly chapters that cover what’s happening to the baby as it grows, what the mother might be going through both physically and emotionally, and how the father might also be feeling, I found it to be educational and reassuring and would definitely recommend it for any expectant father. I’m now looking forward to starting the New Father Boxed Set by the same author which covers the next couple of years. (The author also created MrDad.com but I’ve not had chance to check that out yet.)

Of course, there are loads of baby-related apps now available. I downloaded a number of free baby names ones which varied in quality quite a bit. I guess the usefulness of these largely depends on whether you actually find a name that you like, although simple sorting, filtering and the ability to mark names as favourites are good features to have for lists consisting of thousands of names. In the end, I think my favourite one was Baby Names.

Contraction Calculator was essential during the early stages of labour to help gauge when it was time to call the midwife and go to the labour ward. It’s basically a simple timer that records when contractions start and stop, provides the average for the last five, notes when the waters break, and lets you export all the data.

Pro tip: Don’t get lazy and change your phone settings to keep the screen on at all times while using this Contraction Calculator app though, as labour can last for days but screen burn can last forever. Fortunately, what I thought was screen burn disappeared after a few hours of normal use.

Daddy Ruscoe posted by Unknown at 09:13 1 comments Add your comments